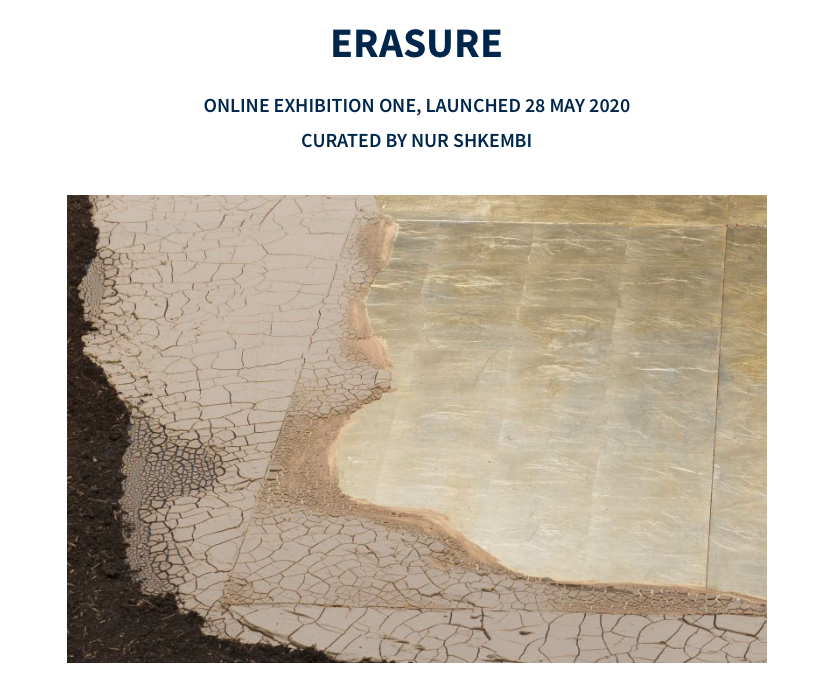 The word erasure has a multiplicity of meanings and applications; to remove, rub or scrape out written or drawn marks; to remove recorded matter; to remove from existence or memory; and to nullify the effect or force of something. This term is also used to describe the multitude of ways in which people (or an entire community) may experience various forms of erasure due to discrimination levelled against their gender, sexuality, colour, class, ethnicity or religion, or at the intersections of such identity ‘markers’. The act of erasing something can be enacted as a form of violence, or as something sinister or mischievous. But it can also be utilitarian in nature or even enigmatic or glorious; sometimes we may erase to create space for something new, in that we repurpose, reclaim or renovate. In ancient spiritual practices, such as Sufism, erasure or annihilation of the self (of one’s ego) is considered the ultimate act of love. The act of erasure contains within it the potential for both beauty and violence. In a complex society such as Australia, where the fraught and violent history of colonisation, migration and the movement of bodies seeking asylum (who are often hidden and deemed illegal), along with the exploitation of the land, of natural resources and of people, our contemporary condition manifests the many realities of erasure.

The eight artists in this exhibition explore erasure as a conceptual element in their practice. They explore social, political, philosophical or personal narratives through various mediums such as photography, painting, material exploration, installation, moving images, 3D technology and sound.

ASSEMBLY POINT: ReAssemble is a series of guest curated exhibitions in 2020 hosted by the University of Melbourne, CoVA, Feminism and Intersectionality research group in association with Assembly Point, Creative Spaces (City of Melbourne). Produced by Dr Kate Just and Vikki McInnes. Web production by Eleanor Simcoe.