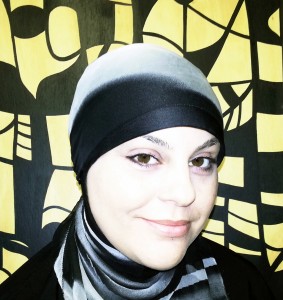 Nur Shkembi is a Melbourne (Naarm) based curator, writer and scholar. Nur has produced and curated over 150 events, exhibitions and community engagement projects, including You Am I, the first nationwide annual exhibition of contemporary Australian Muslim artists. She was part of the core team which established the Islamic Museum of Australia, serving as the museum’s inaugural Art Director, Exhibitions Manager and foundation Curator. Much of her interest has been in the development of community awareness in relation to the arts with a focus on the presence of Australian Muslim artists in the cultural landscape. As a museum curator Nur brought together artefacts, traditional art and contemporary art as a means for collective storytelling, subverting stereotypes and as a provision for the individual narrative.

Nur has served on numerous boards and committees including the Museums, Cultural Heritage and Cultural Development Advisory committee and Organisation Investment Program; VicArts Visual Arts Advisory panel; Chair of Theatre Funding and was appointed by the Department of Premiere and Cabinet as a Commissioner for the Creative State Commissions. She is currently a peer assessor for the Australia Council for the Arts and a Board Member of un Projects. Nur is a published author, with her debut novel Rookie distributed nationwide for the Australian high school curriculum by Cengage. Her writing is also featured in the National Gallery of Victoria’s Gallery magazine, un Magazine, Artist Profile, Crikey and the international arts magazine ReOrient. Nur engages her independent curatorial practice nationally, recent exhibitions include: Waqt al Tagheer (ACE Open) Khalas! (UNSW Galleries), The Inner Apartment (Nishi Gallery and National Museum of Australia), We Are All Affected (Fairfield City Museum and Peacock Gallery). Current and upcoming exhibitions include SOUL fury at the Bendigo Art Gallery, and Destiny Disrupted (Granville Arts Centre, Sydney). Nur is also a founding member of eleven; a collective of contemporary Muslim Australian artists, curators and writers.

Nur holds a Masters from the Victorian College of the Arts (VCA & MCM) and is currently a PhD candidate (Doctor of Philosophy – Art) in the Department of Art History at the University of Melbourne. Nur is also an Academic Teacher and a guest lecturer for the Masters of Art Curatorship course, University of Melbourne, and Lecturer in the Masters of Gallery and Museum Management at RMIT University. Through her independent curatorial practice and writing, she is also investigating the contemporary art practices of artists within the current socio-political environment. Professional Memberships: International Association of Art Critics (AICA); Advisory Board Member of the multi-year Australia Research Council art history research project led by the University of Melbourne and RMIT: Decentering Australian Art: Beyond the fixed canons of Australian Art; Historians of Islamic Art Association (HIAA); The Art Association of Australia and New Zealand (AAANZ); Centre Fellow at the Centre of Visual Arts, University of Melbourne.

I acknowledge the Wurundjeri Woi Wurrung people of the Kulin Nation as the Traditional custodians of the lands and waterways where I live and work, and pay my respects to their elders past and present. Sovereignty was never ceded.